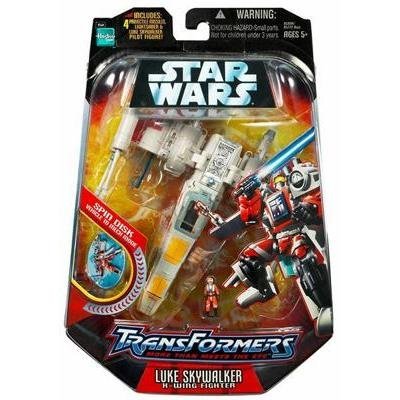 In order to bring balance back to the Force, Luke Skywalker must confront and defeat Darth Vader Using his powers of the Force, Luke converts into X-Wing fighter mode and travels across the galaxy to face his foe Using proton torpedoes and a barrage of missiles, Luke battles Imperial fighters and ruthless bounty hunters as he embarks on his quest to confront his destiny Amazing Star Wars figure converts from X-wing fighter to Jedi warrior and back Figure comes with 4 projectile missiles, light saber and Luke Skywalker pilot figure
View our full range of Hasbro products