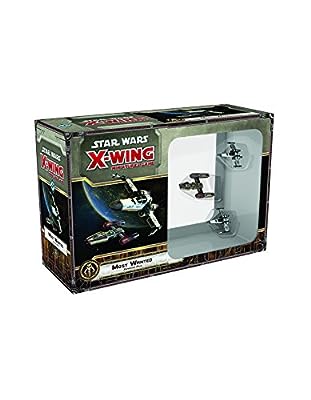 The most wanted expansion pack allows you to quickly assemble a full fleet for your x-wing scum and villainy faction Features twenty ship cards, the most in any x-wing release to-date New ship cards, upgrade cards, and maneuver dials allow you to repurpose your existing starships within the scum and villainy faction Introduces greed, a new version of Boba Fett, salvaged Astromechs, and illicit technology Scum and villainy joins the rebel alliance and imperial navy as the third faction in x-wing
View our full range of Fantasy Flight Publishing products