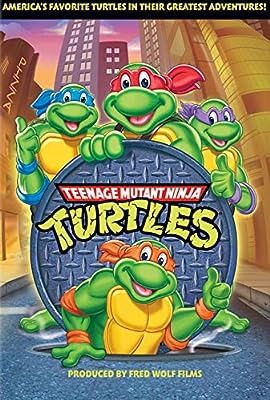 Price: $9.98 $6.79
As of 2020-03-15 00:58:27 UTC (more info)
Product prices and availability are accurate as of 2020-03-15 00:58:27 UTC and are subject to change. Any price and availability information displayed on http://www.amazon.com/ at the time of purchase will apply to the purchase of this product.
You Save: $3.19 (32%)
Availability: In Stock
Add to Cart
Buy Now from Amazon
Find On eBay
Usually ships in 24 hours
Product Information (more info)
CERTAIN CONTENT THAT APPEARS ON THIS SITE COMES FROM AMAZON SERVICES LLC. THIS CONTENT IS PROVIDED 'AS IS' AND IS SUBJECT TO CHANGE OR REMOVAL AT ANY TIME.

Meet the Teenage Mutant Ninja Turtles, the most irreverent reptiles in the universe! These are the first classic animated episodes that tell the origination of Leonardo, Michaelangelo, Raphael and Donatello. Once tiny pet store turtles, an accident hurtles them into the city sewer where mutant goo transforms them into something else! Fighting for good against the malevolent Shredder and his Technodrome, these pizza-eating dare-devils are a funny, phenomenal foursome.

The 1987 debut season of the wildly popular Teenage Mutant Ninja Turtles' first animated TV series finally arrives in its entirety on this single disc. And while it's a pleasure to have these long-unavailable episodes in DVD format, the set's lackluster presentation and paltry extras also make it a disappointment for those hoping for a more expansive release. Volume One contains the five-episode "miniseries" that comprised the debut season and explained the Turtles' origins; the episodes are presented with opening and closing credits, though offered as single chapters on the disc. The "bonus" material is four episodes from the series' tenth and final season, which were largely unseen in the U.S. (though some U.K. viewers may have caught them). While interesting from a completist perspective, their inclusion clashes somewhat with the first-season episodes, as the series' look and tone had changed considerably by this point. And when combined with the disc's overall lack of quality picture and sound (video masters appear to have been used), Volume One represents something of a missed opportunity for TMNT fans; however, having the first season on a single disc may be an acceptable trade. --Paul Gaita 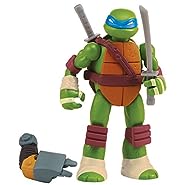 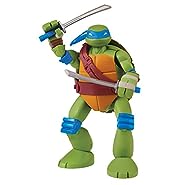 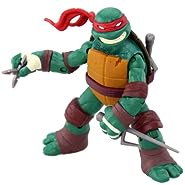 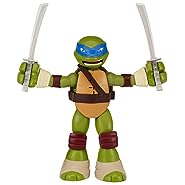