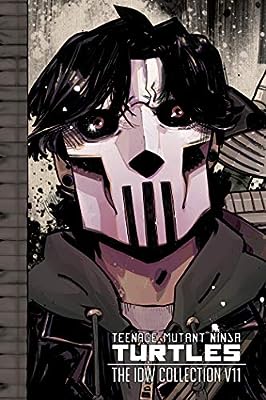 Presenting the complete TMNT stories in recommended reading order, including one-shots, crossovers, and event series. Everything a beginner could need, everything a diehard could want.

Discover the secret origins of the Triceratons: how they began on Earth, what that means for their return, and how they successfully rebelled against their Utrom captors! After a millennia away from home, the Triceratons are at last free to return home. They come in peace, but how will the world react to a Triceraton "invasion" in the heart of New York City? About how you would expect, especially when the Earth Protection Force gets involved. As the three-pronged attack begins in earnest, it's up to the Turtles to stop the conflict before it escalates into all-out war!

Then, various groups jockey for control in New York, each with their own agendas and goals. But there is one who doesn't care about power or victory, only chaos... the Rat King! Will the TMNT be able to stop him from doing the unspeakable?